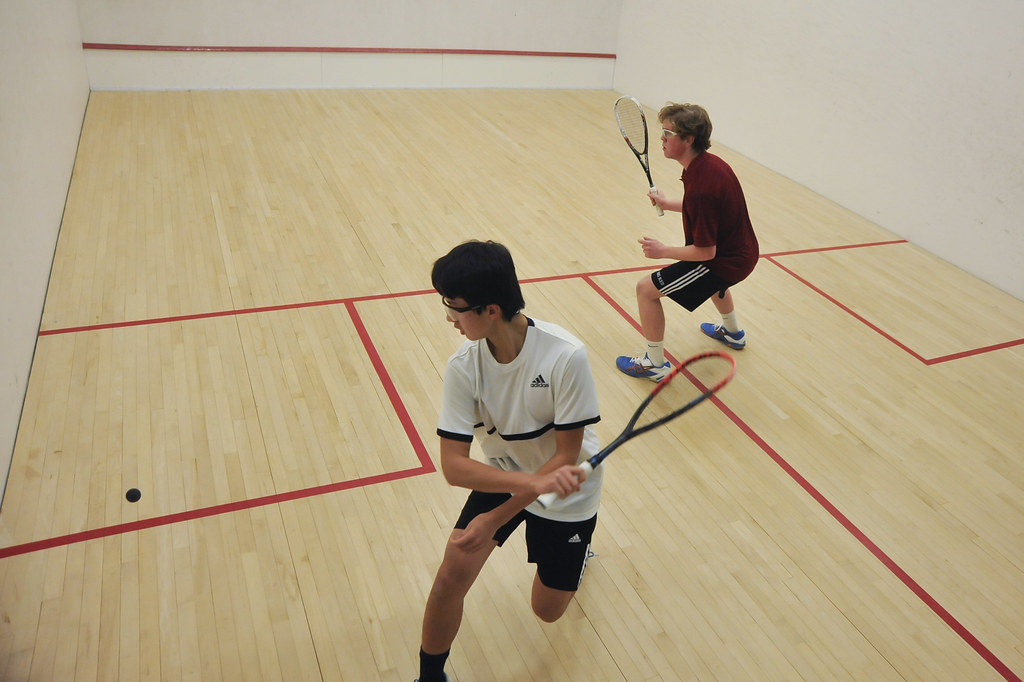 Racquetball is a Racquet Sport played with a hollow rubber ball on an indoor or outdoor court.

Racquetball is an easy sport to learn. You can even play without a partner! A good game of racquetball puts all your muscle groups to work, building strength and endurance. It improves gross motor movement, eye-hand coordination, and flexibility.

Reservations can be made on our website at Reserve My Court Member Login. You may also call and someone at the front desk can assist in signing you up, if space is available.

How to make a reservation:

Racquetball is a competitive game in which each player/team uses a strung racquet to take turns at serving and returning the ball within a closed court.

A match is won by the first side winning two games. The first two games of a match are played to 15 points. If each side wins one game, then a tiebreaker game is played to 11 points. Unless a rule exception exists, the first side reaching the requisite score is the winner.